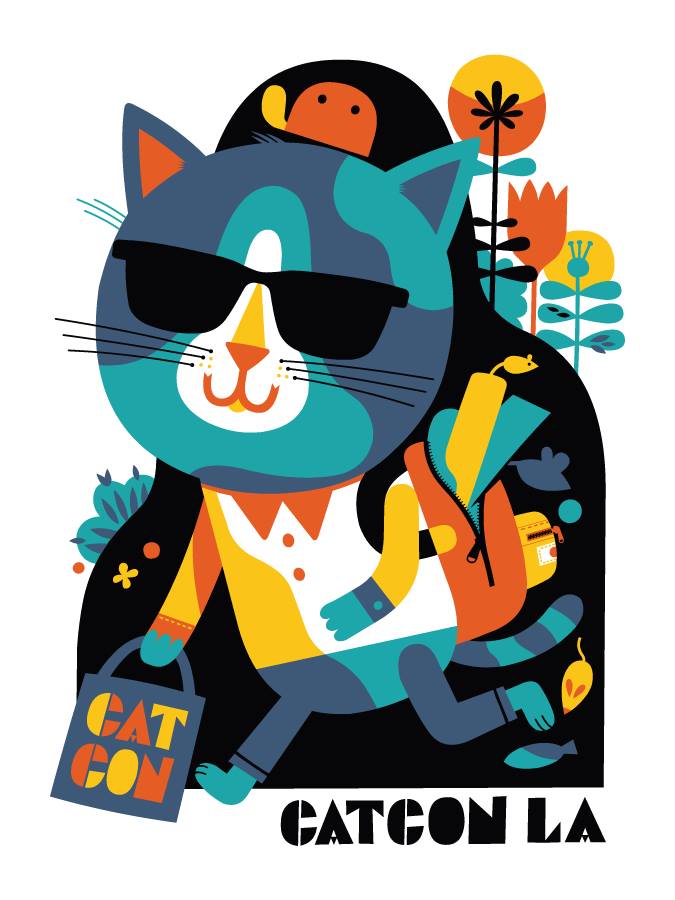 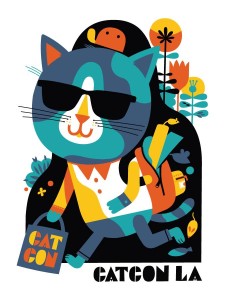 poster by Little Friends of Printmaking

Was the much anticipated CatConLA a hit or a miss?  Well… it’s complicated…

Cynthia rushes into the house and straight into the closet.

Marcy: I thought you were at CatConLA anyway. 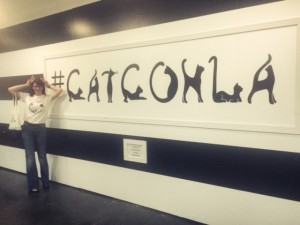 Marcy:  Why’d you come back? It’s only been an hour.

Cynthia:  It was too much. Too many people in too close of a space with no windows, no breathing room, and bad lighting.

It was a shopping frenzy. It was worse than the mall the day before Christmas. Everyone was stressed. I had to get out of there.

Marcy:  Uh… you were supposed to get cat fashion pics and talk to people about me.

Cynthia:  I couldn’t. Everyone was in a rush. It was very stressful.

Cynthia:  I asked two girls behind me in line if they were having fun and they said… they were stressed.

It wasn’t just me. It was all elbows and shoving and stepping on toes. Look at that crowd! It was an endless sea of people. Thousands of people. People and more people and they never stopped multiplying… these people. 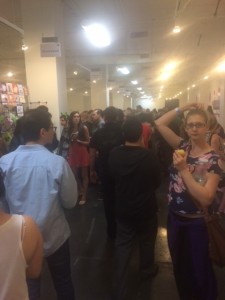 Marcy:  Yeah that’s a lot of people. Obviously humans need to be spayed and neutered too.

Cynthia:  I’m staying in the closet a while. I need to chill out.

Marcy: That’s my spot! Come out. 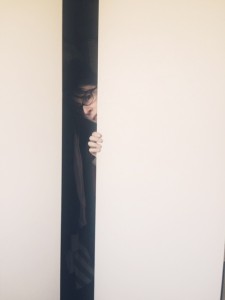 *Congrats to our beloved FixNation and the other cat rescue organizations that benefitted from the huge turnout CatConLA.

It was so heartening to see so many cat lovers in one place and spending so much money on cat rescue and fun cat items.

Here’s hoping that next year CatConLA is held at a more accommodating and people friendly venue. 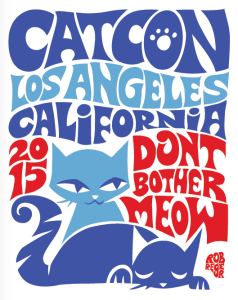 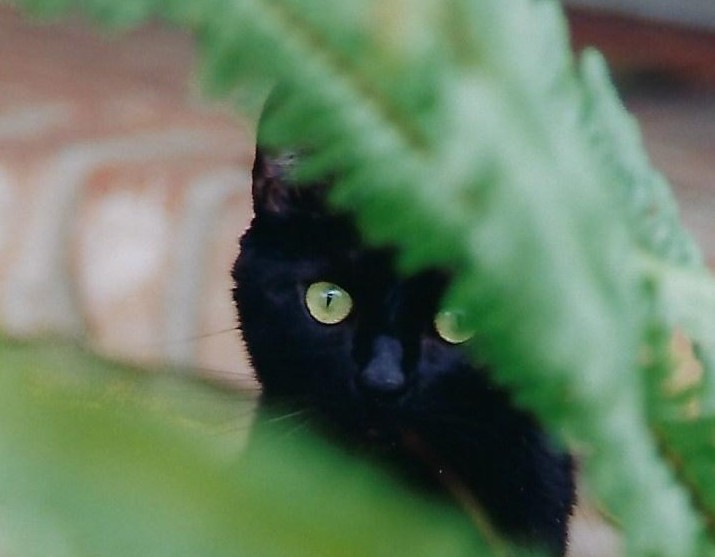 Penelope Kitten’s “Black Cats Tell All” Perk: Beth, and the Legend of Ezmyrelda

Is That A Monopoly Moggy or a Malevolent Marcy Marching Through London?