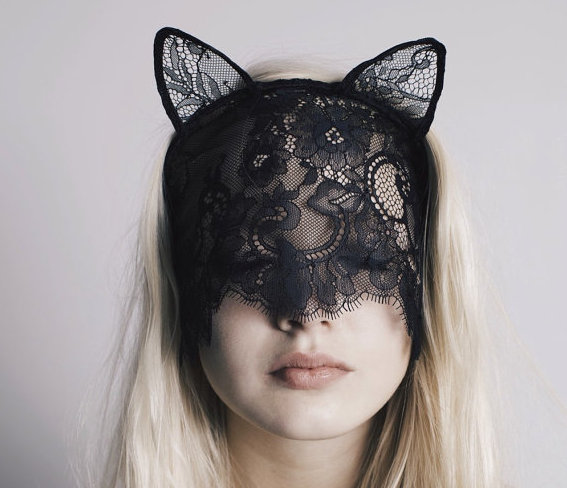 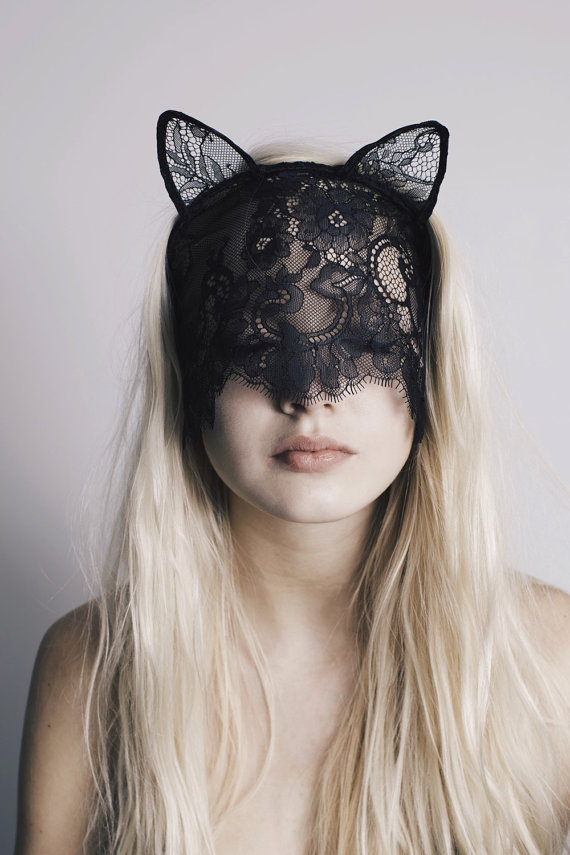 Under My Veil black lace cat mask by Agate Mu

You’ll want to wear these beautiful and alluring cat masks all year round!…

END_OF_DOCUMENT_TOKEN_TO_BE_REPLACED

is being featured in Nordstrom display windows.

Cynthia:  To make crazy cat lovers like me super excited, trek on over to Nordstrom, pose in front of their window, and then go into their store to buy something.

Marcy:  Those marketers have you people all figured out.

Cynthia:  Because, Marcy… you know… CATS… and … FASHION… TOGETHER!

Marcy (shaking her head):  And you fell for it.

Cynthia:  So, I realize that this picture is well over a year old. It’s from the Dear Creatures Autumn 2012 Lookbook. But, it is new to me and I just love it.

Besides the super fab 1960’s airline stewardess mod vibe (with cat ears!), the cat in the photo was gallantly rescued by the Dear Creatures team when it showed up at their offices in Los Angeles. They named the lucky guy Mouse and now look at him – he’s a  fashion muse AND super model!

Marcy:  Mouse! What kind of a name is Mouse for a cat? For his sake, I hope it’s short for Mouse Killer.

Cynthia:  I think it’s cute. Gosh, I wish I would have got my grubby little hands on that sweater last year. It’s darling.

Cynthia:  But what really won me over is that an abandoned cat in Los Angeles is off the mean and desperate streets and now has a warm home and lots of love. Shall we?

Marcy and Cynthia:  Cheers to Dear Creatures for living up to their name and proving just how dear our dear creatures can be.

Cynthia struts around like she is in a fashion show. She is humming cheesy disco songs.

Cynthia (unbelieving):  C’mon. You don’t think I would totally look too cool for school carrying around this cat bag?!

Marcy:  No. In fact, I often wonder how you survived the mean girls of seventh grade.

Cynthia (suddenly solemn): Here’s my advice on surviving 7th grade. When you are walking around the halls thinking you look groovy with Hello Kitty stickers stuck to your face and a bad perm, NEVER EVER turn down a mean girl’s request to do a makeover on you. Because really, she’s probably only trying to help. And…maybe… you might look really great with heavy black eyeliner and caked on electric blue eye shadow while playing dodgeball in your tube socks and gym shorts! How would you know unless you tried?

Cynthia (stopping):  Oh! And NEVER EVER admit that the Bee Gees are your fave band. Now, excuse me while I decide whether to purchase this totally rad cat bag.

Marcy:  Gag me with a spoon.